Areas for Upgrading:   traditional song structuring, jamming with other musicians 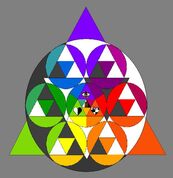 ZIGGY's MUSICAL JOURNEY:
Sound was not one of Ziggy's ingrained "intelligences" growing up, unlike visual and mathematical  intelligences that are  his given strengths. Despite that music was not a given for him, he had the passion to sing and play music none the less. Following a late start into music in high school where he was given formal training  in musical theater, he continued his musical development in college through choir, piano, and guitar. He took as many music and music theory classes as possible to excel his lack of musical intelligence, which was offset by an excess of visual, linguistic, and mathematical intelligence.  Because of his focuses on acting, writing, and visual arts he was often pulled away from music and had to find a way to accelerate his musical training to maximize his time. This began his exploration of mathematical and geometric applications into music that can tap other parts of the brain that wire in a multi-intelligent approach on music. In doing so, he began the creation of a matrix system for learning musical/sound potentials that contained logical short cuts to traditional music learning. The outside of the system approach integrates things not usually tied to music such as geometry, holistic energy systems, simplified mathematics, and musical binary applications. He continues on to this day developing a larger vision for musical education.
Ziggy's current musical focus is shifting away from his strength of improvisational recordings more suited for soundtracks and meditation and into more structured songs that appeal to the mainstream daily listening. With this, he's also looking to shift time away from his solitude of musical explorations into integrating his musical skills with others through musical collaborations.

Z. DAYZ's SOUND
Some older samples. Newer ones will be posted in time.

A FEW PSYCHEDELIC VISUALS TO MUSIC
for transfixed meditation.
visuals by Ziggy

​In case you're intrigued to learn more about the architecture of sound, here's a bit more below...

AN INTRODUCTION TO THE MUSIC MATRIX
​

MUSICAL TECHNOLOGY and MUSICAL ARCHITECTURE:
In the continuation to understand the true nature of sound and how it can evoke emotion, Ziggy's pursuit of other types of intelligences has led to the creation of a large matrix of musical potentials to increase sound intelligence through other non-traditional music approaches. The architectural sound apps allow people who have a passion to learn music new ways of learning outside of traditional music approaches.

For Beginning Musicians, the matrix teaches shortcuts to learning traditional theory. Some of this deals with simplification and "group theory", which is learning things as groups with pieces in relation to each other, rather than as just single units. The simplification allows for people who have learning disabilities and young students who haven't even learned fractions yet to start learning music.
​
In addition, the Musical Architecture is beneficial to Skilled Musicians by upgrading their own knowledge and showing them potentials outside of traditional learning. For example; Rather than using existing three chord progressions a musician is familiar with, or just stumbling upon new three chord progressions, a geometric pyramid can show them every three-cord progression possible out of the seven I-vii chords.

- Other quantified potentials includes:
66 two note harmonies out of 12 notes,
21 two chord pairs out of a 7 chord scale,
15 two string potentials and 20 three string potentials out of 6 strings,
24 different sequences of 4 strings/notes,
55 possible tritones out of 12 notes,
And the long list of visually mapped potentials continues.
​
While there is nothing wrong with intuitively discovering new potentials, seeing the potentials and wiring them into the brain through practice accelerates the discovery process and gives more versatility and options for the artist to paint with. In a parallel example, imagine if a musician was never introduced to the potentials of the Major and minor chords; they would have to explore a lot before finding them! Where would our music be if we weren't gifted the discovery of the Circle of 5ths or any of the chords we have built countless songs on? By mapping out the potentials, we accelerate our own societal musical evolution, while expanding out into new sounds not yet explored.
​
If you are interested in finding more, you may check out the 13 page deck summary. It's a bit outdated, but much of the content is still relevant. Please feel free to reach out with questions.:

JUST A COUPLE OF THE MANY MUSICAL ARCHITECTURES CREATED 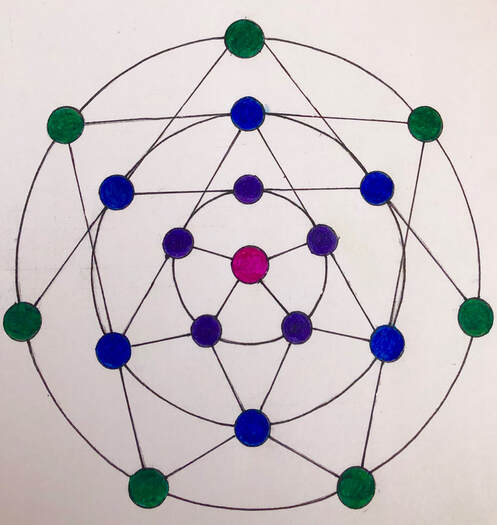 This architectural schematic is turning rhythm into 3D. It's comprised of different sequences and combinations of 1/8 and 1/4 notes. 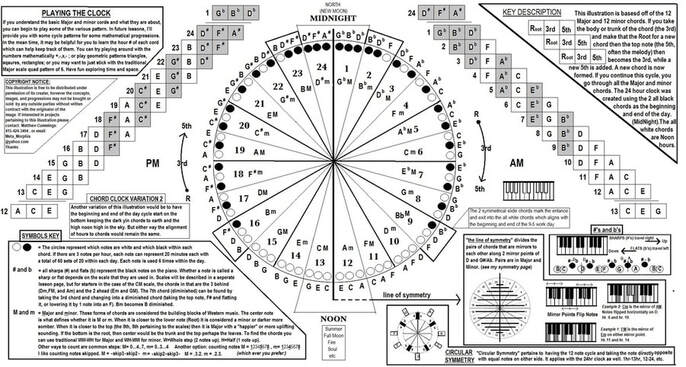 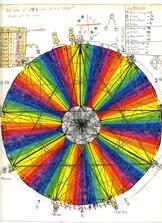 for a further taste of the Music Matrix